You officially met Poochie a few weeks ago so I thought it was only right that I introduce you to Beeps aka Miss January.  Back in 2006 Beeps was featured in a cat calendar!  She was by far the cutest kitten I've ever laid my eyes on (sorry Pooch).  I think the calendar may have gone to her head though... 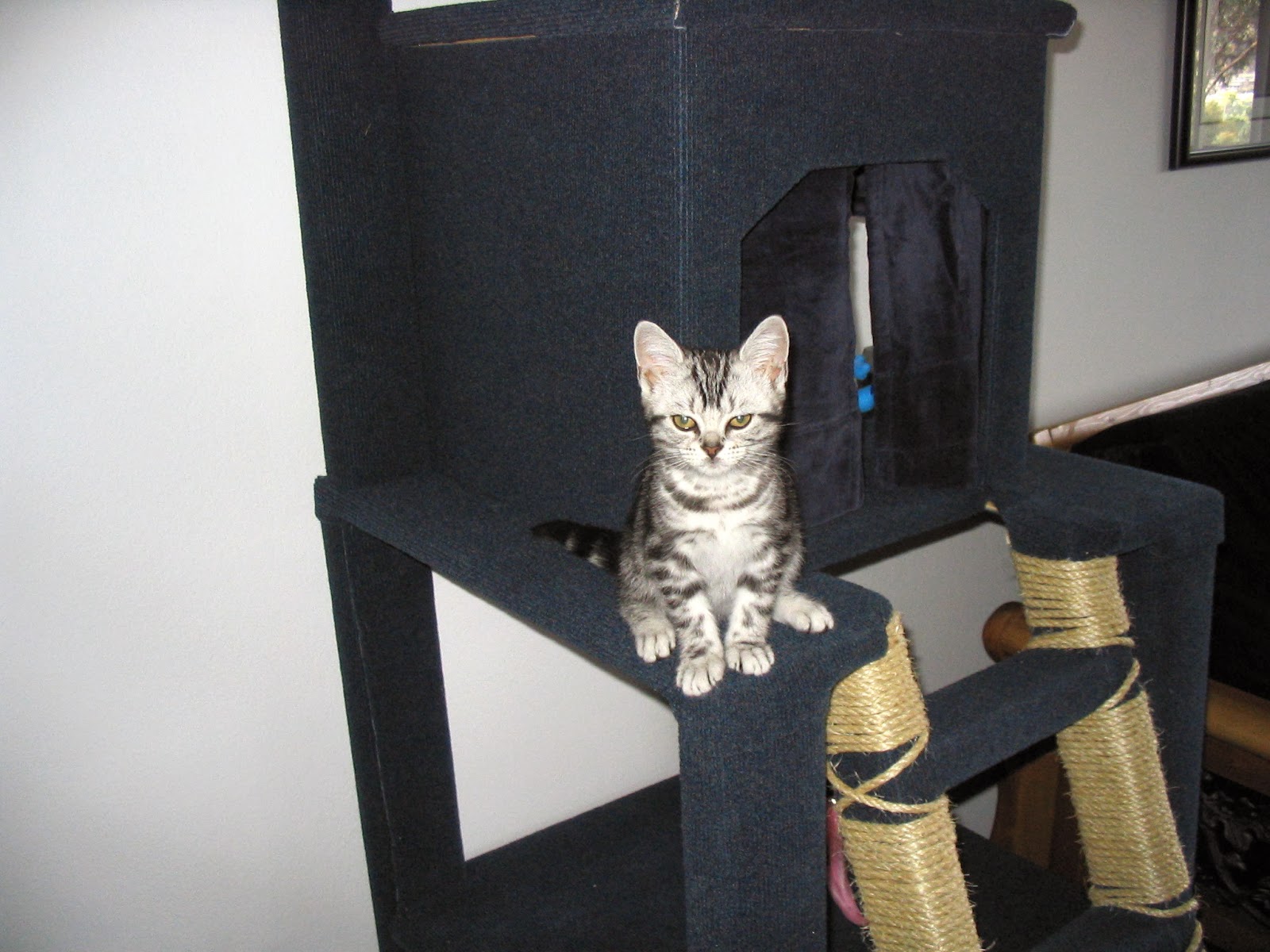 Beeps was D's first cat.  You'd never know it because the two of them are totally inseparable.  It was actually hard to find pictures of Beeps for this post because the majority of the pictures we have of Beep have D in them.  She's definitely her daddies girl.

The first night we got Beeps we ended up spending the night with her in the animal hospital.  D had built her this huge cat tower (she's standing on it in the picture above).  Well this girl was so fricken fearless, on her first attempt she climbed all the way to the top and then decided to jump the almost 6 feet down to the ground.  The poor thing was limping around afterwards and of course as new parents sometimes do, we freaked.  A few hundred dollars and several hours later we came home with our girl, who by the way was perfectly fine 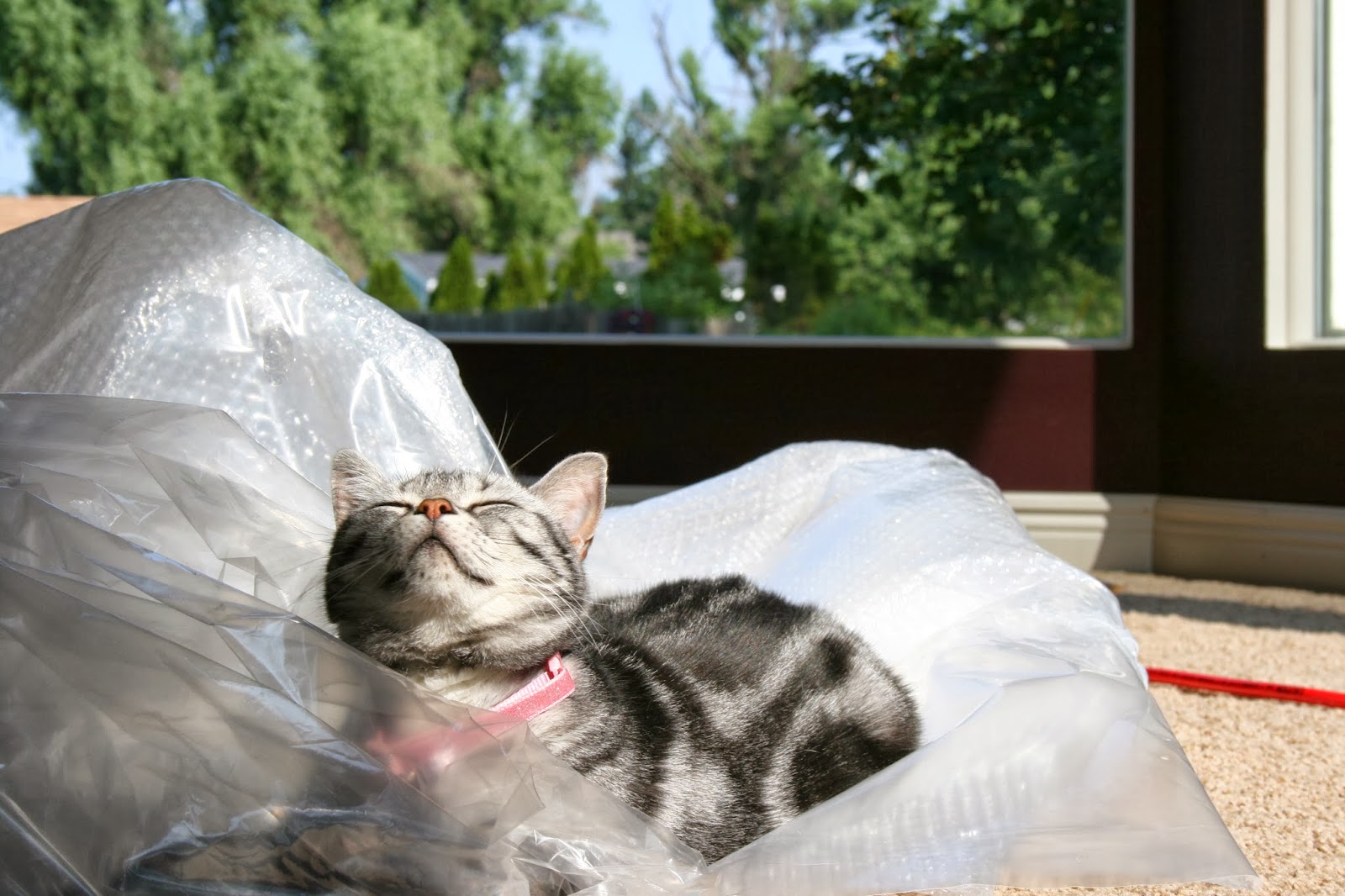 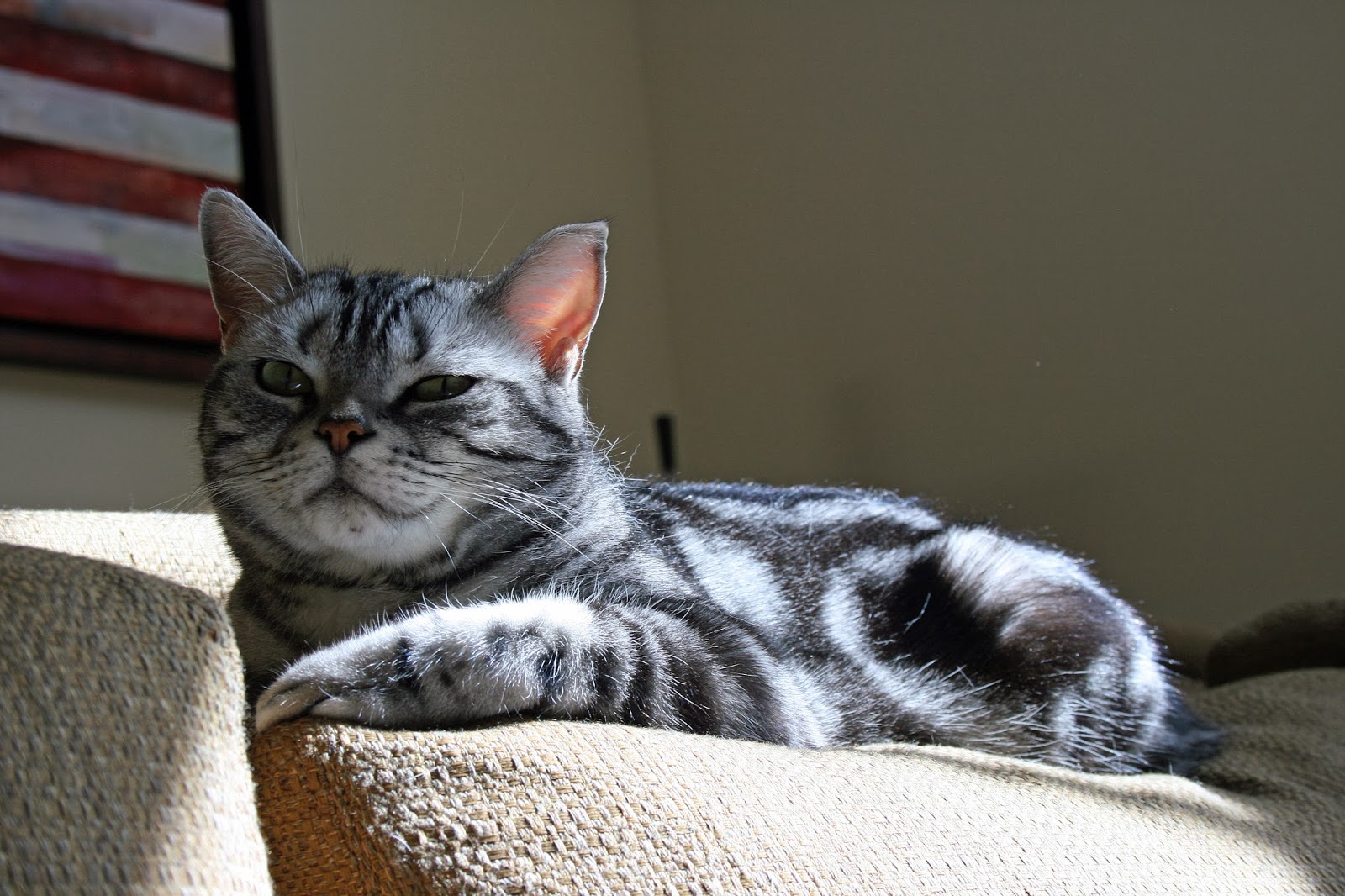 Beeps has this way about her.  I hate to say it but she's a bit of a snob.  She's always got her nose up in the air.  She's a bit violent too.  I won't go into details but let's just say most people would have put her down by now.  She's a bit of a mess too.  She's constantly getting food stuck in her fur.  She always has eye boogies.  The list goes on and on but she's our girl and like a parent with a child we're in it for the long haul. 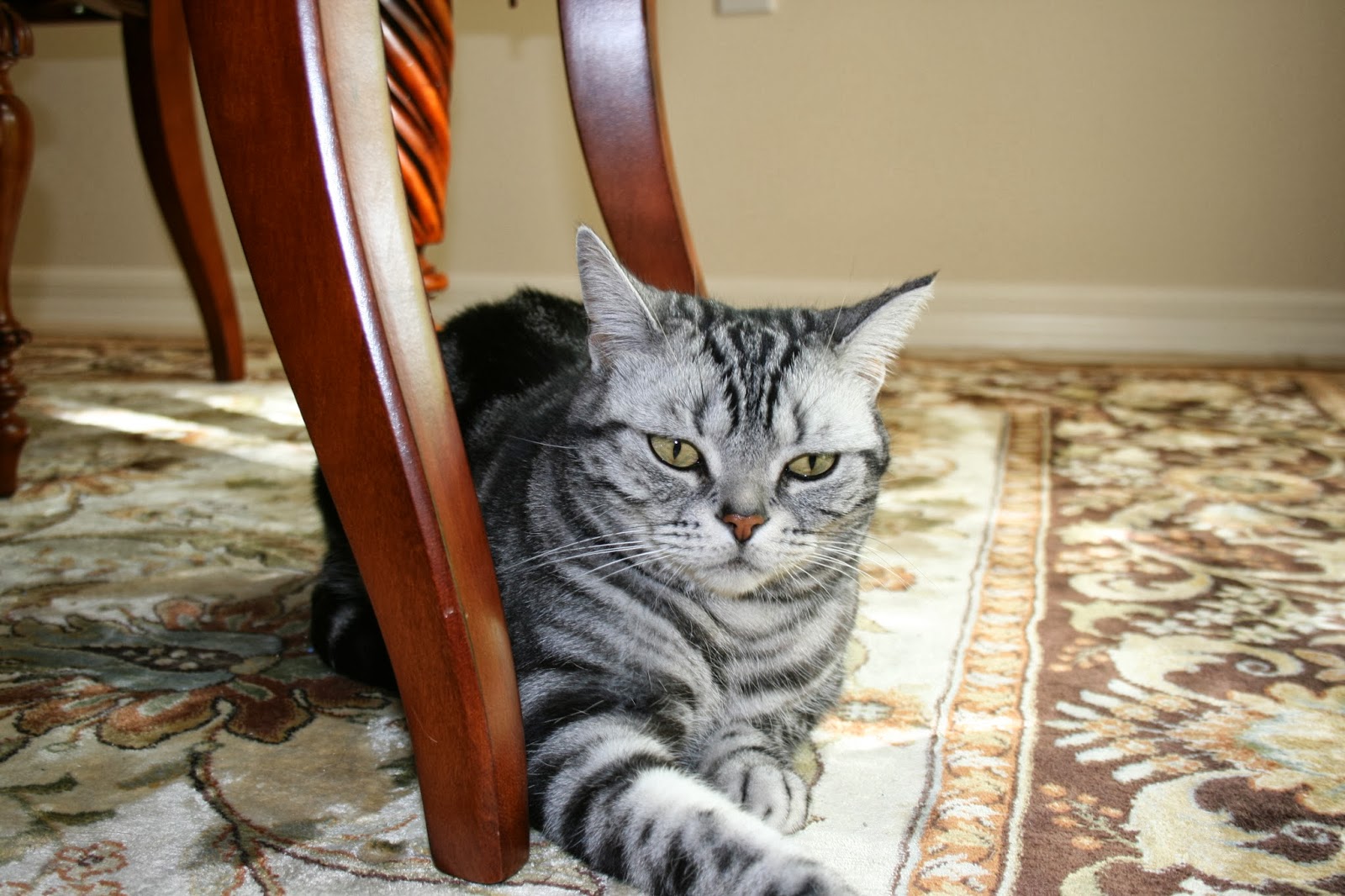 Some day I'll tell you about my experience taking Beeps to have her photos taken.  Ha!  The sheer thought makes me laugh out loud.  I mean what was I thinking?  Crazy cat mom right here.