On Saturday, I attended my first ever blogger event, the OC Blogger Brunch.  I made the hour and a half drive to Santa Ana to spend time with Melyssa from the Nectar Collective and 20+ other bloggers, all of which I had never met.  The event was a part of the Bloggers Give Back initiative, which is absolutely awesome concept.  The gist, as bloggers we have a voice, people come here everyday to hear what we have to say.  Bloggers Giving Back is a way for us to use that voice for something good.  I'm not going to recap the event and share pictures of the food and the decorations like a typical recap would.  Justine at Fail Sweetly did a killer job though, so for more details, hop on over to her blog.  I'm going to confess my thoughts on the event..  This may very well get me blacklisted from future events, but such is life.

First confession, I had unrealisticley high expectations.  I haven't had a real good girlfriend in a long time now, all fear aside, I was hoping to meet my new best friend.  I lost my best friend to drugs and have been flying solo for three years now.  Life without a best girl friend kind of stinks.

Two days before the brunch our hostess sent an e-mail with links to the blogs of all the bloggers who would be attending.  Brilliant!  This was awesome, but with the exception of 1 other blogger, I had never read any of their blogs.  I think having been a reader of a few other blogs would have greatly helped me feel connected to other guests.

Most everyone seemed to already know someone.  Some groups drove to the event together others met up in the parking lot and then walked in together.  Those people spent the day chatting it up with the people they already knew.  I mean I get it.  When I'm with a group of friends I adore or haven't seen in awhile,  I'm not worried about meeting new people either.  Just something to think about folks :)  Especially at an event like this.  Maybe it was just me, but I thought the idea was to network, make new friends, get to know new people.

It was noticeably clique: the brides, the military wives etc.

There were a few people I'd like to get to know better.

I want to host a blogger brunch.  On my invite list would be Mariah, Steph, Amanda, Kathy, Rachael, Kate, Miriam, Sarah and anyone else who wanted to come.  We'd drink martinis instead of mimosas, Mariah would be in charge of food.  We'd play pool and listen to Brittany.  It would be awesome.

I'll give it another go.  I'm relentless like that and it was an overall good experience.  Next time, lower expectations and more stalking of the blogs of the bloggers attending.

Have a great day friends. 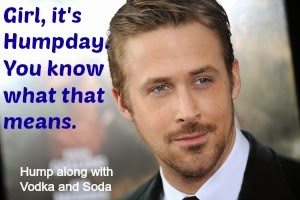